I'm a solid firearms enthusiast. I can't afford to be a proper gun nut, but I can hope.

The news is filled with a solid effort to ban rifles and other such for the good of the country. I don't hate them or even look down at them for one reason. They have good cause to. I'm not saying their solution is right, but they have more backing their views than the anti-vax nuttery out there.

So let us say they get the AR platform banned. "No good reason to have an assault rifle" and such. Maybe even get a new Assault Weapon ban passed through the government into law.

What do you do?

Well when the last AWB went into effect they made it more palatable for the masses by putting a time limit on it. Let us just say the efforts this time get it passed without that is successful.

The online anger at the current push borders on lunacy for one reason. Most people are verbally enraged, but lazier then fuck. Serious. The desk commandos simply are to lazy or to foolish to do anything. They also are their own worst enemies. The images of the Bundy standoff was material for gun grabbers wet dreams. The images of the quasi-militias at recent rallies about statues is the latest examples of how to look bad, cut your chances of getting wide support, and pretty much helping the ones pushing for harsher limits on guns.

Note I have not said Left wing, intifada, liberal, conservative, alt-right or Tea Party. Why? Because labels have this habit of helping define an issue, but hurting the chance of fixing the issue.

What do you see happening? I see a few individuals getting busted in Federal stings, I see a few mental cases going off the reservation and hurting good people on both sides, and I see after that first fire...apathy.

People are scared of losing their middle class house, their job that pays good money and allows them to have that bass boat, and the basic idea that every one out their could be a fed and the support from a friend could as easily be the case being built against you. Don't drop the soap skippy.

That fear, the apathy of the 'common man' and the "the AWB isn't really that bad" view will make the "rise up against Soros and the international gun grabbers" mouths of today become the "I have too much to lose" of tomorrow.

Gun laws are passed because of apathy.

at May 14, 2018 No comments:
Email ThisBlogThis!Share to TwitterShare to FacebookShare to Pinterest

Hurting thanks to Uncle Sam

Getting older in life means things don't work as well.

Things that used to not hurt, now get hurt or ache regularly. My back for one. Not strong, and prone to getting sore if I am out long. Add to that the stiffness of the muscles and sometimes the shooting pain.

Now there are pills to help. I normally survive on over the counter acetaminophen. I got a big bottle of it, but I get worried. I know that it is not good for the liver. To much, and if I am having a bad day I push right up to the allowed limit, and you could screw your liver good. On those bad days I used to take a Tylenol 3. My last bottle of 30 lasted 2 years. It is just an extra strength pill plus a hint of codeine. I also would take some Cyclobenzaprine as a muscle relaxent if I got spasms.. The last bottle of it lasted so long the label faded. I think three years.

I get frustrated that doctors cannot do the right thing. The last time I asked for a script the doc acted like I was a pill seeker and talked about how if it was that bad I would maybe look into a pain management program. WTF. I simply needed them to assist when I was past OTC, without the need to go to a clinic, pay extra money, or schedule a doctors appointment for days down the line, when my back would have become better.

I am pissed because the terror of the war on drugs means people like me go in pain because of the legal threat to doctors, or abuse of pills by others.

I just get tired of the government doing things that cause you and me pain for no good reason. Of course with this being Tennessee it will be one of the last states dragged into personal use weed...screaming all the way about poor children and addicts and shit.

So today my back hurts and the otc aceta is working fine, but if it is bad....well I'm just fucked aren't I?
at May 10, 2018 No comments:
Email ThisBlogThis!Share to TwitterShare to FacebookShare to Pinterest

A book as a symbol.

I dislike the term 'agenda'. It is often used to dismiss people with little evidence. "Don't listen to him, he has an agenda". Everyone has an agenda. It's called life, likes, desires, etc. People do things for a reason.

I say that so you will not misunderstand me when I say schools suck when it comes to literature. They teach it, but they really have fallen in the classics. So often teachers teach books to uplift the student, to try to make them better. They want the kids to overcome their base stereo types. They want them to see the great wild world we live in is beautiful and full of so many people...each different in their own way. That certain views of freedom that our country was founded upon should be held precious and not dismissed due to the fallibility of the founding fathers of our country.

Note I did not say 'liberal agenda' or 'fight wing agenda', just that a failing has worked its way into the system.

So often the great books like Robin Hood, The War of the World, Romeo and Juliette, and others are being pushed aside to make room for these other books, and the country is slightly worse off for it.

Do kids know that the title of the TV series "Band of Brothers" comes from Shakespeare? Do they know that the many movies of Alien Tripods, the latest starring Tom Cruise, are based upon a classic of literature?

Something has gone astray in the education system. Sadly the ones in power, and the ones that desire the power, are so entrenched that there is no real chance of moving backyards to re-find the great books and uplift the minds of our youth.

We're screwed. Each generation is screwed just a hint more than the one before.
at May 05, 2018 No comments:
Email ThisBlogThis!Share to TwitterShare to FacebookShare to Pinterest

Normally I would take some time every once in a while and talk politics, The sad truth is that the circus is in town and there are so many clowns to talk about that I am not sure where to start.

So politics will take a backseat for a while...unless it gets real juicy.
at May 03, 2018 No comments:
Email ThisBlogThis!Share to TwitterShare to FacebookShare to Pinterest

Those that do not study history...well you know the rest.

The republicans are freaking about the witch hunt some in the government is performing against Trump. All I have to say is 'Ken Starr'. When the wheel turns and you'rs the one under it, you really have no right to bitch about the unfairness of it all.

#gamesassholesinwashintonplay
at May 03, 2018 No comments:
Email ThisBlogThis!Share to TwitterShare to FacebookShare to Pinterest

You cannot just disagree with your opposition, the term "honorable opposition" is no longer in the American lexicon, you must find them physically repugnant. That is so damn sad.

There's a local countywide free newspaper that is the type you find in grocery store lobbies and other places. It is basically right wing and very religious based. Very right wing might be a better term. I'm glad they are there to espouse their views. One of the many constitutional protected freedoms we enjoy.

Into this serene scene comes a local activist that does not like them and works to get stores NOT to put them out for people to read. I'm iffy on that desire, but just a hint. By doing this the person is trying to keep others from reading it. That is a form of censorship in a manner. I would disagree with them, but they are not trying to close them down, get their website removed, or anything else. So I am not overly bothered...much.

Now the anti-paper group and the paper supporters have their own facebook pages. I went and joined both to see what they are saying. A silent observer you might say.

I had gone by there a few times, and had done no posts or anything to get on other peoples bad side. I just wanted to read their opinions.

A local TV station did a followup on the issue so I decided to drop by and see what they are saying. I went to the anti-paper group, and it was mostly a few over dramatic individuals, but no beehive of anti-American values. Cool.

I went to the other group and....found I had been kicked out. WTF! I was confused, so I messaged the moderator and they replied. Their reply was puzzling. He said, in so many words, that since I was a member of the other group, they did not want me to be a member on theirs.

I replied and said I mainly wanted to get an informed view on things and had not even commented on either. No go. He said I was banned and they would not change their mind. They took their ball, they took their bat, and said they did not want me on their team.

In so many ways this is a microcosm of what is wrong with politics today. I cannot be social liberal and a gun supporter. They either call me a 'libtard' or a 'shill', I cannot hold conservative views on border control, and support gay marriage. I am called a hate filled person that wants poor refugees to die in the California desert or a 'rethuglican".

The idea that a good chunk of Americans have some liberal ideas on issues and conservative beliefs on other is something that the hard core believers simply cannot wrap their heads around. You have to be all right or all left, no in-between.

for those with that "for us or against us" view....bite me!
at May 03, 2018 No comments:
Email ThisBlogThis!Share to TwitterShare to FacebookShare to Pinterest 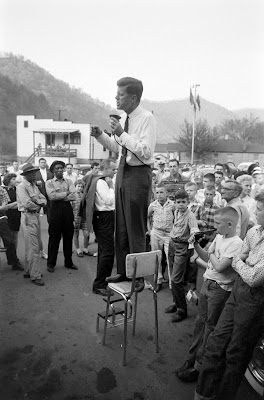